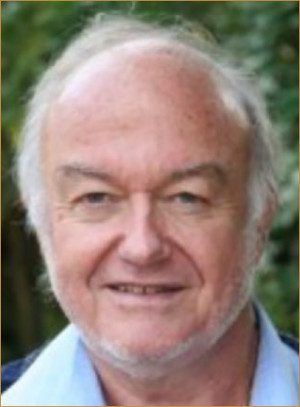 Heavy minerals is a small and often neglected field of mining and metallurgy. However, this industry produces some of the most important minerals and metals of the modern world. Where would we be without titanium for its multitude of uses, zirconium for its ultra-hard properties in zirconia, or the rare earth elements for their plethora of uses in modern technology?

The mining challenges of this industry are somewhat different to traditional hard-rock mining as the mines are almost exclusively surface operations. However, because of that, the environmental, social, and resource challenges of this type of mining have a character of their own. The economics of the industry can be rewarding, but because of the relatively low price of the intermediates the industry has to move large tonnages of material. The processing of mined minerals, although seemingly simple, has many nasty ‘hookers’ such as the effect of the surface properties of the minerals. The effect of atmospheric conditions on surface properties can have significant consequences regarding the recovery and grade of concentrates. In addition to the metallurgical challenges, the issue of radioactivity requires management. Although not at a level to cause any health issues, the levels are significant enough to attract attention from health and safety regulators. The challenges of the industry do not stop there as the end products of this sector often require high-cost and high-technology solutions. In no way can hightemperature chlorination in a gaseous atmosphere be considered straightforward. Similarly, the production of neodymium or samarium for high-powered magnets is not simple, a fact illustrated by the small number of facilities that operate this technology.

The International Heavy Minerals Conference series hosted by the SAIMM is an industry-driven initiative to allow sharing of ideas, technologies, and methods of handling the various challenges. The first conference was in 1997 and was held in Durban, South Africa. At this conference, which was organized by the Zululand and Western Cape branches of the SAIMM, there were 38 papers and over a 100 delegates. This was followed every second year by further conferences in the HMC series. The committees of the Institute encouraged sister organizations in other heavy-minerals-producing countries to participate, resulting conferences being held in Australia (2001), South Africa (2003), the USA (2005), South Africa (2007 and 2009), Australia ( 2011), India (2013), South Africa (2016), and finally this conference in South Africa in 2019.

At the most recent conference, held in Cape Town, there were 19 papers presented covering a wide range of topics including ore reserve evaluation, mining, minerals processing, pyrometallurgy, and mine closure. There were three keynote presentations given at the conference: Learning from Kwale to build Toliara by Colin Bwye, Executive Director at Base Resources; Tronox - to infinity and beyond by Willem van Niekerk, Senior Vice President at Tronox; and Do heuristics influence the mineral sands mining landscape? by Rob Hattingh, CEO at Sierra Rutile. The two-day conference was followed by a site visit to the Tronox Namakwa Sands Plant at Saldanha Bay.

The International Heavy Minerals series of conferences has become established as one of the main sources of collaboration for those in this industry. While not as large as some other mineral resource sectors, the diversity and complexity found in the heavy minerals industry stands on a par with any of the other resource sectors.