Scientific progress relies on the publication of ideas and experimental results that can be replicated, tested,and improved over time.

The first printed book on metallurgy to have been published in Europe is considered to be De la Pirotechnia, written in Italian by Vannoccio Biringuccio, and published in Venice in 1540. Together with De Re Metallica, written by Georgius Agricola and published in Latin in 1556, this can be considered to mark the start of scientific and technical literature in this field. Scientific publishing of journal papers has been in existence for 350 years, since the world's oldest and longest-running scientific journal, the Philosophical Transactions of the Royal Society, was first published in London in 1665. 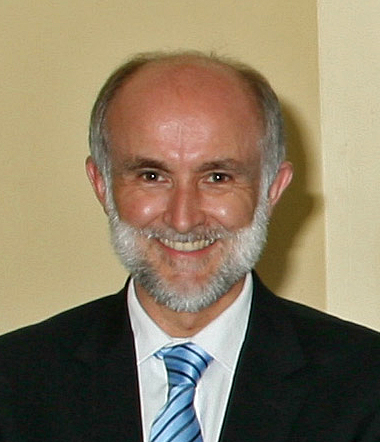 The nature of scientific societies has changed significantly since the early days when regular meetings were held to discuss science and run experiments, and the reading of scientific papers took place, and publication of papers was done to record the proceedings of meetings, often including rather robust debate. In today's world, there is a plethora of publications, and it is close to impossible for anyone to keep up with the vast flow of information. International conferences with hundreds of presentations have taken the place of the local meetings that used to discuss a single paper or experiment. In this frenetic environment, it is essential that researchers are able to trust the material they read.

The system of peer review is used to maintain standards and to improve the quality of papers. This vital system is, however, significantly flawed. There is little incentive for reviewers to invest sufficient time in picking up all errors in publications, and any ineptitude on their part is usually protected by anonymity. It has reached the point where some reviewers have mistakenly permitted the publication of hoax papers deliberately presented with a complicated scientific facade. In light of such astounding inadequacies, perhaps a more open review process would be an improvement. Electronic publishing allows errata to be linked to the original papers. This might improve the current situation where errors tend to be propagated from one paper to the next.

There is an increasing trend towards open access for papers in scientific journals and conference proceedings, which helps to reach as wide an audience as possible. This also supports the statement in the Universal Declaration of Human Rights that says 'everyone has the right freely to ... share in scientific advancement and its benefits'.

Scientific publishing remains alive and well, despite some problems and challenges. Electronic technology provides some wonderful opportunities to improve the way we communicate scientific results.

Rodney Jones was born in 1959 in Germiston, where he grew up and attended Germiston High School – interestingly, one of the very few schools in South Africa to have a Nobel Prize winner among its past pupils. Rodney holds a BSc(Eng) degree in chemical engineering from the University of the Witwatersrand (Wits) in Johannesburg, a BA degree in logic and philosophy from the University of South Africa, and has completed MSc (Eng) and PhD degrees in metallurgical engineering from Wits University.

Rodney has worked in the Pyrometallurgy Division at Mintek – an internationally recognized minerals research organization, based in Randburg – since 1985, and is currently a Senior Technical Specialist there. He has been a registered Professional Engineer since 1988. His main research interests are in the field of computer simulation and design of high-temperature processes, and the development of thermodynamic software. He is the author of Pyrosim software for the steady-state simulation of pyrometallurgical processes, which has been used in 22 countries around the world. Rodney has also been part of the team that developed processes which, for the large-scale industrial application of direct-current arc furnace technology to the smelting of chromite in South Africa and Kazakhstan, ilmenite smelting in South Africa, cobalt recovery from slags in Zambia, battery recycling in Switzerland, and ferronickel production in New Caledonia. He is one of the inventors of the internationally patented ConRoast process – an environmentally friendly way of recovering platinum group metals from ores that are otherwise very difficult to process. Rodney has been the recipient of a number of APEX acknowledgement of Performance Excellence) and Achievement awards from Mintek, a Mintek Technology Transfer Award (Gold category), as well as an SAIMM Silver Medal.

He was a Visiting Professor at the Center for Pyrometallurgy, University of Missouri-Rolla, during July and August 1996, and in 2002 and 2003 also lectured in pyrometallurgy at Murdoch University, Perth, as an Adjunct Associate Professor. The National Research Foundation rated him in 2009 and 2015 as an 'Internationally Acclaimed Researcher'. Rodney is a member of the Board of Trustees for OneMine.org, and serves as the Chairperson of the International Committee on Ferro-Alloys (ICFA). He is also a Fellow of the Institution of Chemical Engineers (IChemE) and the South African Institute of Chemical Engineers (SAIChE), and a Member of the Royal Society of South Africa. He serves the Engineering Council of South Africa (ECSA) as a member of the Professional Advisory Committee for Metallurgical Engineering.

Rodney has been a member of the Southern African Institute of Mining and Metallurgy (SAIMM) since 1988, a Fellow since 1997, and a Council member since 2005. He has chaired the Metallurgy Technical Programme Committee since 2007, and also serves on the Publications and IT Committees. He is a member of the Editorial Board of the Journal of the SAIMM. Rodney was awarded an Honorary Life Fellowship of SAIMM in 2010.

He has represented Mintek at many local and international conferences, sometimes as an invited keynote or plenary speaker, and has delivered invited lectures and seminars at universities in South Africa, the USA, and Australia. Rodney convened, and edited the proceedings of, the Southern African Pyrometallurgy 2006 and 2011 international conferences. He also convened a conference on 'A constructive response to the power crisis' in 2008. He has been a member of the organizing or scientific committees for the SAIMM 'Platinum' and 'Base Metals' series of international conferences, the International Ferro-Alloys Congress (Infacon), and the European Metallurgical Conference series, as well as the TMS conferences on Nickel-Cobalt and the 'Celebrating the Megascale' pyrometallurgical conference in the USA. Rodney is also well known for his efforts in making information openly accessible via the Internet, and has championed the digitization of a number of old journals and conference proceedings.

Rodney is an enthusiastic person who respects people as individuals, and places a high value on personal relationships. He aspires to follow the teachings of Christ, and to be an unpretentious, caring person of integrity and loyalty, who cares about justice and freedom.

Rodney is married to Debbie, and they have two children – David (married to Vutomi) and Sarah. Rodney's wide-ranging interests include photography, trail running (he has run the Harrismith Mountain Race seven times), hiking, travel, reading, computers, mathematical puzzles, philosophy, history, and playing the guitar. Rodney is a member of the Photographic Society of Southern Africa, the Internet Society (a founding member of the ZA chapter in 1997), the Philosophical Society of Southern Africa, the Genealogical Society of South Africa, the Johannesburg Heritage Foundation, Mensa, and the Cloud Appreciation Society.

Prof Rodney Jones presented his Presidential Address on 13 August 2015. The presentation slides and the audio for the talk can be
downloaded from the links below. If you would like to listen to the talk (70 minutes), we suggest you download the presentation slides first so that you can switch to viewing them while the sound plays.

The Presidential Address can be downloaded here... (PDF, 5.9MB)