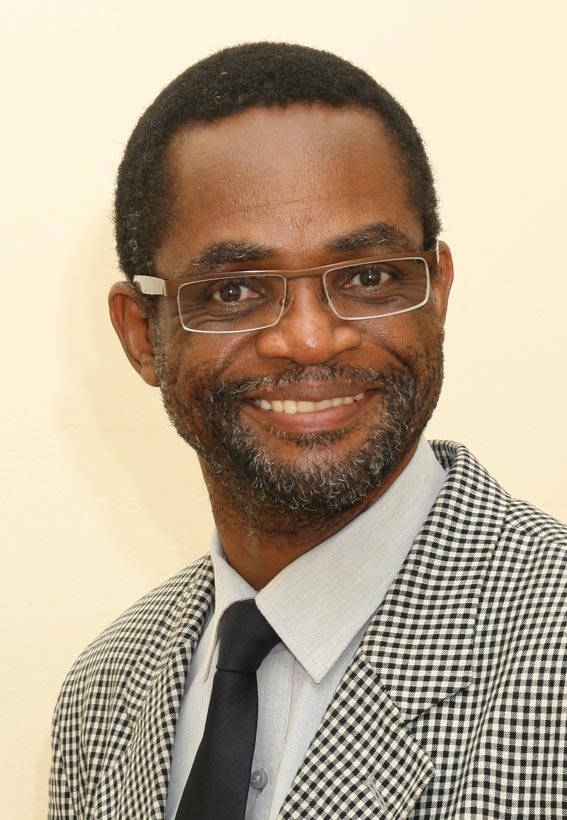 PRESIDENTIAL ADDRESS: Optimization in underground mine planning — developments and opportunities

The President and Council of the Institute invite members, their guests, and members of other constituent societies to attend the Annual General Meeting 2016.

Optimization in underground mine planning — developments and opportunities

The application of mining-specific and generic optimization techniques in the mining industry is deeply rooted in the discipline of Operations Research (OR). OR had its origins in the British Royal Air Force (RAF) and Army around the early 1930s (i.e. the pre-World War II era) and its development continued during and post the World War II era. However, the application of OR techniques for optimization in the mining industry started to emerge only around the early 1960s. Since then, OR-type optimization techniques have been widely applied in solving different mine planning problems such as sizing the production rate; pit optimization; optimal equipment selection, matching and dispatching; optimizing development layout; sizing stope envelopes and optimizing production scheduling. Mine planning plays an important role in the mine value chain as operations are measured against planned targets in order to evaluate how effective the mine production systems are performing. A robust plan that is optimized is expected to result in planned targets being close to actual outcomes. However, optimization in underground mine planning is less extensively developed and applied compared to the routine application of optimization in open pit (or surface) mining because of the increased complexity of the underground optimization problem. This paper provides examples of the commonly applied optimization techniques and explores emerging trends and opportunities for optimization in underground mine planning, noting the need for integrated stochastic optimization that can be applied on a real-time basis.

Cuthbert Musingwini was born in 1968 in Murewa, Zimbabwe. He holds a BSc Honours degree in mining engineering from the University of Zimbabwe (UZ), and obtained MSc and PhD degrees in mining engineering from the University of the Witwatersrand (Wits). Cuthbert is a Fellow of the Southern African Institute of Mining and Metallurgy (SAIMM) and is a registered professional engineer with the Engineering Council of South Africa (ECSA). He is a member of the international Society of Mining Professors (SOMP). Cuthbert is a rated researcher with the National Research Foundation (NRF). He has over 20 years of mining engineering experience in mine production management and planning, consulting, and academia.

Cuthbert commenced his career as a graduate trainee with Lonrho Zimbabwe’s Independence Gold Mining in 1991, and quickly rose through the production ranks as miner, shift boss, and mine captain. In 1996 he joined the German-funded GTZ-UZ Riverbed Mining Project as a research fellow, while concurrently studying for a part-time MSc degree in mining engineering at Wits. In 2000 he was appointed as a lecturer at UZ and became Head of Department in 2003. In 2004 Cuthbert emigrated to South Africa to join Wits as a lecturer. He completed his PhD in 2009 and was promoted to Senior Lecturer in 2010, Associate Professor in 2012, and full Professor in 2014. In 2015 Cuthbert was appointed as the Head of the School of Mining Engineering at Wits University, a position he holds to date.

Cuthbert lectures at both undergraduate and postgraduate levels in Optimisation in Mine Planning and Mine Financial Valuation. He has supervised several MSc and PhD research students, and occasionally examines PhD theses in mine planning and valuation for the University of Queensland and Curtin University in Australia. Cuthbert has been a resource person on the Netherlands Initiative for Capacity Development in Higher Education (NICHE) for capacity-building projects at the University of Zambia’s School of Mines and the Instituto Superior Politecnico de Tete (ISPT) in Mozambique. He was previously an associate consultant for two South African consulting companies specialising in mining business optimisation and valuation, MineQuest and Venmyn.

Cuthbert was elected to Council in 2011 and became an office bearer in 2013. He has served on the Mining TPC since 2008, the SAIMM’s International Platinum Conference Organising Committee since 2010, and previously on the SAIMM Student Colloquium Organising Committee between 2010 and 2012. He has served on ECSA’s Professional Advisory Committee (PAC) Mining Engineering since 2010 and ECSA’s Engineering Programme Accreditation Committee (EPAC) since 2013. Cuthbert is a Managing Editor of the International Journal of Mining, Reclamation and Environment published by the Taylor and Francis Group in the UK, and has been on the Editorial Board of the Journal of the SAIMM since 2008. He has served on the International Organising Committee for the Mine Planning and Equipment Selection (MPES) conferences since 2012 and was the Chairperson of MPES 2015, which South Africa was privileged to host for the first time in the 25-year history of the conference.

There are some highlights worth sharing in Cuthbert’s life, spanning from student days to present day. In 1985 he completed O-Levels as the top student at Murewa High School, Zimbabwe. In 1991, Cuthbert was the first student to graduate with a first-class honours in mining engineering at the University of Zimbabwe since the establishment of the degree programme in 1985. He received the Arthur Bensusan Prize for being the top student in his class, and was a recipient of the Lonrho Zimbabwe Independence Gold Mining Scholarship. In 2010 he was awarded Wits University’s Faculty of Engineering and the Built Environment (FEBE) Most Improved Researcher Award. In 2014 Cuthbert became the first black Honorary Treasurer for the SAIMM, the first black Full Professor of Mining Engineering in South Africa, and the first black NRF-rated researcher in mining engineering in South Africa. In 2015 Cuthbert became the first black Head of the School of Mining Engineering at Wits University and in South Africa.

Cuthbert is married to Grace (an alumna of Wits) and they are blessed with two wonderful children. Their son Shingirai, graduated with a BA Law degree from Wits in 2016 and is currently completing the remaining modules for an LLB degree. Their daughter Gamuchirai, is a first-year BBA student at Milpark Business School. Cuthbert owes his success to others who have opened doors for him and he is passionate about developing others. In his spare time, Cuthbert enjoys playing mind games but his ‘to-do’ list includes golf because he believes that ‘work is for those who cannot play golf’. Most importantly, he is a Christ-follower and has served Aldersgate Methodist Church in Glenhazel as a Vestry Steward and Pew Bible reader since 2010. Cuthbert is grateful to the Lord for all the blessings in his life.

A cocktail party will be held after the meeting