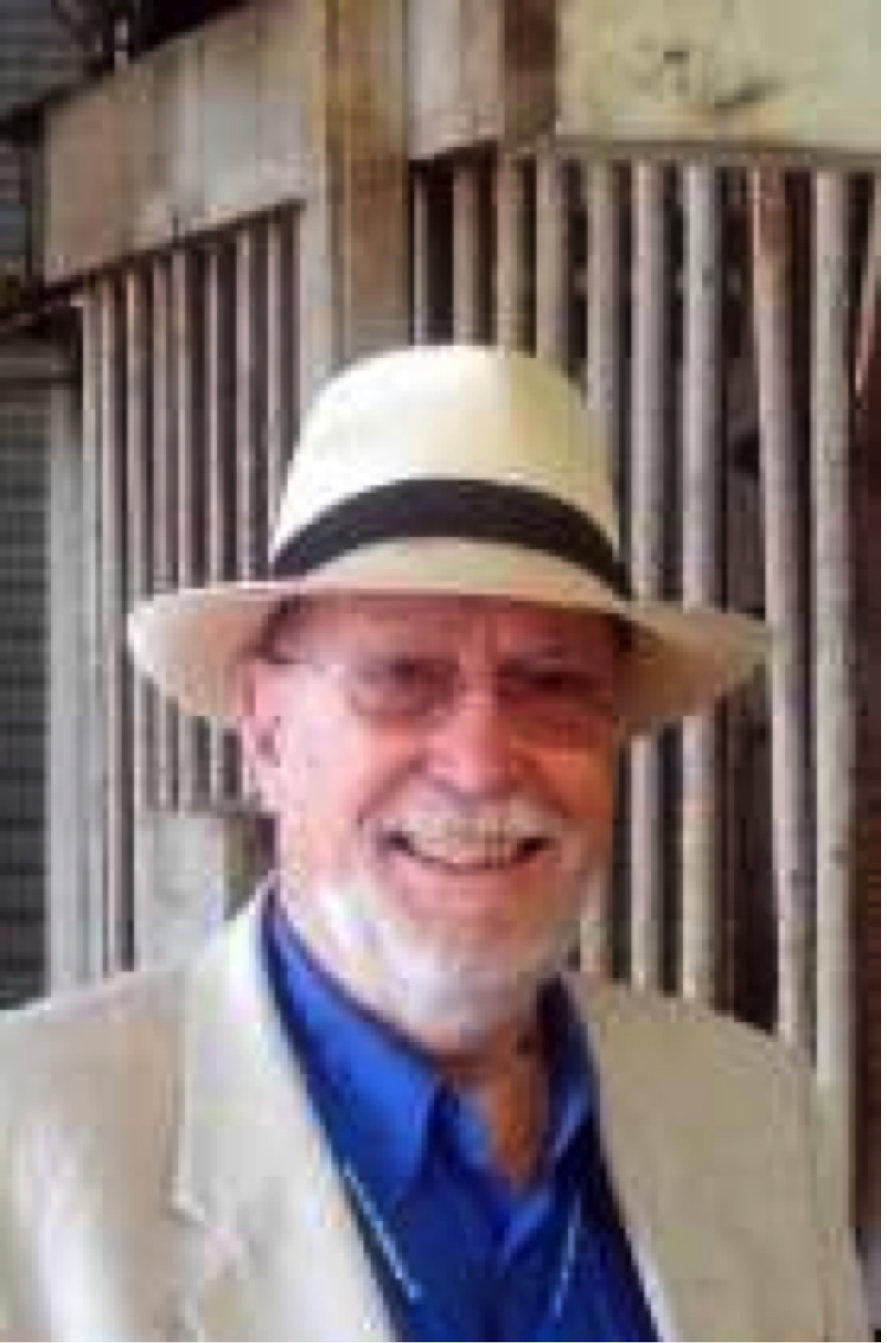 Professor C. Tim Shaw joined the SAIMM as a Student Member on the 14th October 1960. During his over 56 years of membership with the SAIMM Professor Shaw transferred from Student to Associate in 1966, Associate to Member in 1970 and has been a valued Fellow of the Institute since 1976.

Professor Tim Shaw, who died on Friday 21st April at the age of 82, was Emeritus Professor of Mining Engineering at Imperial College London, having retired in 2001 after being appointed to the Chair in Mining Engineering at the Royal School of Mines in 1980. Prior to that he held an academic appointment at the Virginia Polytechnic Institute. He entered the academic environment after a successful career in the South African mining industry where he reached the level of Chief Consulting Engineer with the Johannesburg Consolidated Investment Company.

Tim was born into a mining family and spent part of his school days at the Consolidated Murchison gold-antimony mine in South Africa, where his father was general manager. Tim was educated at Bishops Diocesan College in Cape Town before going on to study mining engineering at the University of the Witwatersrand where he met his future wife Tuulike through their shared love of music. He then joined Johannesburg Consolidated Investment Co. Ltd. He was given study leave by JCI to complete an MSc in mineral exploration at McGill in Montreal, Canada.

The traditional training in JCI’s underground Witwatersrand gold mines gave Tim a detailed understanding of the practical aspects of mining. This also left him not only with a wonderful ability to communicate with all levels in the hierarchical structure of the South African mining industry, but also a legacy of collateral damage to his hearing. Regardless of the proximity of rock drills and blasting operations ear protection was not considered necessary.

Tim’s rapid rise within JCI gave him eventual overall technical responsibility for their large gold, platinum, coal and antimony operations (including Cons Murch) as Chief Consulting Engineer. It was from this elevated appointment and poised to reach the top position in JCI that he and Tuulike decided that their young family would have a brighter future outside South Africa. Tuulike’s family was originally from Estonia and the consequences of political uncertainty on their lives was perhaps a driver. This is how Tim found himself as a Professor at the Virginia Polytechnic Institute in the mid-1970s and essentially having to start a completely new career.

After the death of Robert Pryor in 1979 the Chair of Mining Engineering at the Royal School of Mines fell vacant and Imperial College were able to offer the appointment to Tim so he and his family made their next big, but last, move. Tim brought over his comfortable US sedan and was furious to find challenges in getting it licensed for the road in the UK because it was not compliant with local safety standards – it exceeded them. The fenders on the vehicle were designed for US standards which meant it would have demolished a local car in a collision and the authorities objected. Tim applied his engineering knowledge to demonstrate the absurdity of this view and won.

Tim went on to act as a bastion of traditional mining engineering training at Imperial College.

He also served a period as Dean of the Royal School of Mines which gave him the confidence to continue to use the crest on business cards notwithstanding later official disapproval. The guidance was that only the approved Imperial College London font be used under the rebranding and re-organization that was implemented after his retirement in 2001. He was delighted when the use of the RSM crest was reinstated and the building again became an institution not just an address.

The slow demise of the undergraduate mining engineering degree at the RSM was due to society’s ambivalence towards mining, not Tim’s commitment. He launched the European Mining degree with several institutions on the Continent including in Delft and Aachen. This legacy continues as the Joint Master European Mining, Minerals and Environmental Program.

He contributed to the teaching to MSc in Metals and Energy Finance students together with College’s related continuing professional development programme. He demonstrated time and again that the theoretical relationship between mining finance and technical risk I taught was simply re-visiting real scenarios that he had been involved in when with JCI. When it came to the transition from technical and financial to business leadership roles at a board level, his extensive experience as a company director brought in the importance of sound decision making in value creation. Tim could also take a complex case history and break it down into its basic elements and then illustrate the points from a vast store of apposite anecdotes.

Right up to last month we were delivering team teaching to postgraduate students and he was scheduled to deliver a continuing professional development course with me in July. He provided direct support for three MSc dissertations last summer. The only concession made to his age was that at the start of a teaching session we would advise students or delegates of his loss of hearing (notwithstanding the use of the latest electronic aids). I explained that if a question appeared to go unanswered, a wave of the hand would catch his eye. At my suggestion, Tim would then repeat the question to make sure that deafness was not being confused with a decline in cognitive abilities. Often, he would then go on to re-phrase the question as a simple premise and in doing so would provide the answer.

Tim understood the need not to rest on his laurels and always kept himself academically and professionally up to date. He attended MINExpo 2016 in Las Vegas as part of the meeting of the Society of Mining Professors of which he was a founding member. The visit to America included the usual mine visits. He was constantly updating his teaching slides and incorporating current technical developments from personal observation.

Tim’s knowledge of information technology and the application of computer and operations research in the minerals industry spanned the period from his time as a young engineer with JCI (when he set up their first mainframe) through to the modern age of the internet. He was always harvesting the very latest in audio-visual material for his teaching, putting considerable strain on the processing resources of anything but a top of the range laptop. Yet he also became fascinated with the archaeology of ancient mining through working with academics at Tel Aviv University.

He secured numerous research grants in the field of dimension stone and non-explosive techniques in mining. His academic achievements were recognized by the award of two honorary doctorates.

Tuulike’s death in 2009 hit Tim hard and his screen saver was a picture of her which was projected at the start of every lecture he gave. He was never maudlin about her passing though –she was simply part of his life past and present and his annual presence at Glyndebourne was a tradition he continued to observe on her behalf.

It was invaluable working with him on the many shared professional assignments we took on as he was never happier than when undertaking a site visit – the more remote and challenging the better. He was quite miffed that his family holiday in Botswana last month clashed with my request that he carry out a site visit for me – in Peru. In offering some comfort to him that the mine was at 5,000 metres and perhaps it would not be prudent for him to go up to that altitude I got a dusty response. He pointed out that he was brought up on the Highveld and if Grasberg at 4,000 metres left him unaffected then Peruvian mines would not be a problem. It was in Botswana that he suffered a stroke and died in Johannesburg on Friday 21st April at the age of 82. A transient ischemic attack he had had three years ago might have been a warning but if so he did not pay it much heed.

That reflected the essence of the man – a thirst and an enthusiasm for life. While I consciously attempted to capture Tim’s fund of knowledge and experience in a new e-Learning course we have only just launched on EduMine, there will be no substitute for having him present in the lecture room. He will be sorely missed but his legacy will continue through the many students he taught.

Obituary written by Dennis Buchanan Emeritus Professor of Mining Geology, Senior Research Fellow and Director of the MSc in
Metals and Energy Finance, Department of Earth Science and Engineering, Royal School of Mines, Imperial College London on the
1st May 2017.