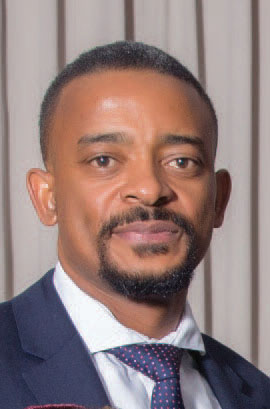 Over the two decades of my career the landscape of the global mining industry has changed fundamentally. In South Africa it has changed irrevocably. As industry professionals and leaders, it is incumbent on us not only to salvage what remains of our sector, but to restore it from its present low base to the size and international profile that it had at the time of the country’s transformation to democracy in 1994. As an industry, and by implication as an Institute, we have to think very carefully and very creatively as to where we take the sector from here.

Over the last eight years the Institute has encouraged, in addition to its purely technical focus, papers and discussions on matters relating to the environment, social license, and policy. These areas have been ancillary to our primary mandate of technical discourse. One of the areas that has attracted increasing attention is that of the post-mining landscape, a topic that includes not only physical rehabilitation of the damage created by mining but also attention to the social impacts of mine closure on mining-affected communities. From a policy perspective, current statutes and regulations in the MPRDA, NEMA, and the Water Act are limited to physical rehabilitation and none of these statutes deals in any way with the social consequences of mine closure. Social and labour plans and corporate social investment cease on mine closure, while mine closure provisioning is restricted to physical rehabilitation.

The emerging theme of economic succession planning for South African mines is directed towards ensuring a positive post-mining and regional economic impact on mining-affected communities. The imperative considers the concurrent diversification of mining land, infrastructure, and water resources to provide for parallel economies to mining that are not dependent on the mining activity itself. The parallel economy constitutes a transitional economy while mining is still active and develops into a substitutive economy on closure of the mine. The construct provides a value proposition for both the mining company, by transforming mining land, effectively a liability in mine closure terms, into a balance sheet asset with a considerably reduced rehabilitation liability; and more importantly, it provides a post-mining economy for the mining-affected and dependent communities.

The key principles and tenets of ensuring an economy beyond mining are discussed.

My middle name is Isaac. I used that name for the first half of my life, from secondary school through university and part of my working life until February 2002, ahead of my thirty-second birthday on 26 March. I had become intrigued by peoples’ names and until then, had been engaged in random studies of how our names determine our destiny and serve (in some instances) as a delegation by our parents/guardians of the duties we should serve while on this Earth. I’m speaking from an African perspective, because those are the names I understand; however, this may be true of other cultures too.

It was then that I decided to switch to my first name, Mzila; it was at the tail-end of the South African trend post-1994 of many black people making the same conversion. I will not deny the political influence, given the transformation prevailing in the country at the time, but the biggest driver of this change was my own perception of the delegation from my parents – I’m the first male child of three children and was the first in the family to attend university. The name Mzila means a ‘path’ or ‘track’ in the Nguni languages. Needless to mention that there were great expectations of me; however, of most importance was what expectation I had of myself. Could I live up to my name?

It marked a resetting of my career in mining, which after my graduation from the Wits School of Mines in 1992 with a Bachelor of Science degree in Engineering (Mining) (and student membership of the SAIMM) I began at Anglo Gold and Uranium Division’s Elandsrand Gold Mine in the West Rand as a graduate trainee. The uniqueness of a career in mining for young black students became apparent at university, where black candidates in the fourth and honours years were a handful amongst a total of about 15 to 20 mining students – and only male students at that. Today, the Wits School of Mines is more than 90% black, and women comprise close to 50% of the final year students. In terms of lecturers, it’s been a sea-change.

I followed the normal mining development path, and was fortunate to have been mentored by the then mine manager, Ian Cockerill, to mid-management from miner, shift boss, and Mine Captain, with increasing responsibility for section production, health and safety. On obtaining my Mine Manager’s Certificate, I soon took on the role of technical assistant and thereafter Section Manager – Services, with a move to the acquired contiguous Deelkraal Mine in mid-1997 and responsibility for mine services and shaft development. I was also fortunate during 1996 to have been amongst five South African professionals selected for the Rotary Exchange programme for five weeks in the USA. The exchange took place in Orlando, Florida, where the closest thing to mining that I witnessed was a sand quarry and the construction of a hippo dam during the wall reinforcement (‘gunniting’).

On 5 April 1997 I also said ‘I do’ to my wife of 22 years. We are blessed with two beautiful young women, Tinyiko (20 years) and Andzani (16 years) – no, we have not tried for a boy! But we have adopted three Labradors and a hedgehog.

My experience at Deelkraal was short-lived because in March 1998, I joined the Class of ’98 programme at Rand Merchant Bank for a stint in investment banking. The economy was fast evolving and every sector was going through structural transformation – engineers joining financial services for a better technically informed funding application. It was a four-year period during which I extended my knowledge of mining beyond ’stof ‘n gate’ to understanding the role of corporate and project financing. A further highlight of this period was serving as the Executive PA to Mr Paul Harris, one of the three founders of RMB and at this time the CEO of FirstRand Bank, which was formed by the merger of FNB and RMB. There could have been no better strategy course than this experience and understanding leadership and change management at the time of establishing the FirstRand Philosophy following the merger.

However, I was a miner at heart and when Ian Cockerill joined Gold Fields as CEO, he recruited me in 2002 to come and assist in the Corporate Development unit as a Senior Manager, with responsibility for business development. It was great to be back, although the gold mining industry was experiencing the worst price environment, but the exchange rate provided some compensation. M&A transactions were common as a means of survival, consolidation of the industry, and creation of new entities such as ARM. I had the opportunity to spend three months in Ghana evaluating growth options for the Damang mining operations. It was an unforgettable experience, but I did not stay long enough to witness the development and extension of the open pit mine.

I joined Deutsche Bank (DB) in August 2004 in the role of Vice President - Corporate Finance. It was a prestigious two years, working with Martin Kingston as country head and Steven van Coller as head of the function. During my tenure at DB, the bank concluded its own black ownership and empowerment transaction, including employees, the DB Foundation, and a consortium of black investors. A highlight was the creation and conclusion of Exxaro Resources Ltd, led by the founder of Eyesizwe, Mr Sipho Nkosi and a consortium of communities, youth and women’s groups to acquire a 52% majority interest in a conglomerate company with established coal mine production, sales, and marketing as well as interests in base metals and iron ore. It was not the last I would hear of Exxaro. I was also active in the industry through the Association of Black Securities Investment Professionals as the Secretary-General for a period of two years between 2001 and 2003.

In August 2006, I joined Niall Carroll at Royal Bafokeng Holdings, after the consummation of the merger between Royal Bafokeng Resources and Royal Bafokeng Finance to consolidate the interests of the Bafokeng Nation. My time spent with the Bafokeng was a period of self-discovery and further growth. I discovered my passion for sustainable development concepts and links to strategy, witnessed the leadership challenges and opportunities of true community development and financing and the balance and tension of leading and managing sustainability. A few highlights to note include leading and completing the Strategic Environmental Assessment (SEA) for the 1200 km2 of land owned by the Bafokeng Nation – a strategic assessment of the opportunities and constraints for future development and economic diversification; the creation and listing of Royal Bafokeng Platinum (RBPlat), with Steve Phiri as CEO, through the acquisition of a majority interest in the BRPM JV (with Anglo American Platinum), including the creation of the brand as it stands today, taking on the role of Executive Business Sustainability, which was an unfamiliar title locally, and lastly the publication of RBPlat’s first Integrated Report in its first year of reporting. After six years with the Bafokeng, it was time to find a new challenge.

I was fortunate to receive an invitation for a job interview for an opportunity that had been open for a while at Exxaro Resources Limited – Executive Head, Strategy and Corporate Affairs. ’Wow’, I said to myself, ’this is one of two companies that I’d envisaged working for at some point in the future.’ The universe had truly conspired in my favour and I arrived at the job interview to find none other than the CEO, Mr Sipho Nkosi himself, the FD – Wim de Klerk, and the HR Executive, Mrs Retha Piater; the rest is history, other than to mention that my interest in cycling (road and mountain biking were also duly noted. I’ve been at Exxaro for a little over six years (as at 30 April 2019). My role, reporting to the CEO, at first included process management for strategy development, media and public relations, communications, investor relations, and government relations. Following two organizational restructurings, the role is now focused on external stakeholder relations in terms of processes, engagement, and relationship-building with the financial community (investors and analysts), community, government, and media as well as integrated reporting and spokesperson for the company. It’s a fun and fulfilling role which has enabled me to apply all my experience in mining, investment banking, and sustainability as the organization adapts to a new era of systemic technological and climate changes. I’m fortunate to be part of an innovative and pioneering executive leadership team at Exxaro, under the leadership of Mxolisi Mgojo – we celebrated the 10th anniversary of Exxaro, one of the most successful Black Economic Empowerment transactions in the mining industry. It’s been six years of growth and learning, with experiences of failure (the Mayoko write-off) and successes (the acquisition of Total’s coal assets and subsequent growth of the coal export business, commissioning of 239 MW of wind-generated electricity, and improving stakeholder relationships); and I completed an Advanced Management Programme with INSEAD in Fontainebleau, France.

I had no idea at all that while growing up in the streets of Meadowlands, Soweto and schooling at Rishile Primary School, Mawila Secondary School, and Holy Cross Convent and finally matriculating at La Salle College, Discovery that this is where I would be 30 to 40 years later in my life. Perhaps it’s best that I didn’t know and instead continued to receive the inspiration and guidance from my parents, who both still live, and my sibling brother and sister, and remained focused on the path ahead of me and my possibilities for the future. It’s been a long journey of endurance, triumphs, mutual partnerships, and focus, and over the next fifty years will continue to chart a path that others may choose to follow.