HOW TO REGISTER FOR AN EVENT

The SAIMM announces the Mineral Project Valuation Webinar Series, which follows from the Mineral Project Valuation Colloquium that has been run successfully in 2011, 2012, 2014, and 2017. This Webinar will thus cover a broad selection of topics and should be of value for anyone in the mineral asset valuation (MAV) space. Whether you are a mining engineer, project geologist, or consultant, the lessons, presentations, and discussions will cater for all experience levels, from novices to highly experienced valuators.

The travel restrictions have meant that the Mineral Project Valuation Colloquium cannot be run in the usual traditional format. However, this is an opportunity to get an international expert from the USA to present during the series. Trevor Ellis (Ellis International Services Inc, USA) has agreed to be the keynote speaker in the first webinars on 28 July 2021. The focus for this session, as well as the following discussions, will be on some of the newer challenges with valuation. This will certainly add value for the more experienced valuators, although it can be helpful for less experienced valuators to have exposure to issues that will confront them in the future. It is also an opportunity for them to understand the limitations of valuations and the data on which valuations are based. The keynote speaker will be followed by presentations focusing on some of the more practical aspects of valuations in the local context 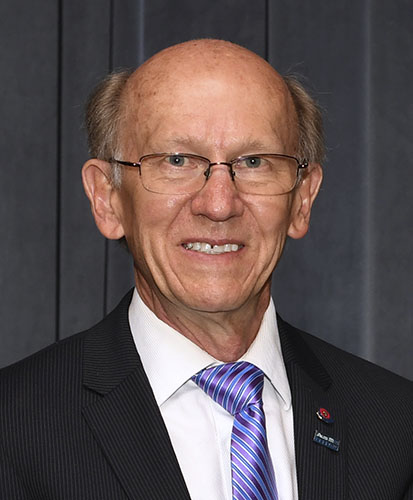 Trevor Ellis has been the invited U.S. speaker on industry valuation standards at many conferences worldwide, including presenting papers on three occasions at the United Nations in Geneva. Of his 90 professional papers, approximately 50 have been published, 19 as peer reviewed papers.

Ellis began his career in 1970 as an exploration geologist, then mineral economist, subsequently specializing in market valuation of mineral properties. He currently works as a valuation expert for litigations. He has a B.S. geology from the University of Melbourne, an M.S. in mineral economics from the Colorado School of Mines, and is a Certified Minerals Appraiser by the International Institute of Minerals Appraisers (IIMA).

In 2012, Ellis formed the Valuation Standards Committee of the Society for Mining, Metallurgy, and Exploration (SME), leading the development of the 2016 and 2017 editions of the SME Valuation Standards. He represented SME on the International Mineral Valuation Committee (IMVAL) for six years, from its founding in 2012.

Ellis received the 2018 Mineral Economics Award of the American Institute of Mining, Metallurgical, and Petroleum Engineers, “In recognition of his tireless leadership in mineral property valuation.”

The SAIMM announces the 5th Mineral Project Valuation Colloquium.
This very successful Colloquium has been run in 2011,
2012, 2014 and 2017. The Colloquium will start with the basics
for determining market values for mineral projects using the
Income Approach (Discounted Cash Flows). The Colloquium will
then progress to advanced discussions around shortcomings
of the various current methods as well as new approaches. This
colloquium will thus cover a broad selection of topics and should
be of value for anyone in the mineral asset valuation (MAV) space.
Whether you a mining engineer, project geologist or consultant,
the lessons, presentations, and discussions will cater to all
experience levels, from novice to highly experienced valuators.
<