APCOM (Applications of Computers and Operations Research in the Minerals Industries) is a series of  well established, high-quality international scientific conferences which was started in the early 1960s with the aim
of sharing technological advances by engineers and computer scientists in all fields relevant to the mining industry.

The APCOM events have evolved to become a major driver of innovation in the minerals industry, and over the years, many breakthrough innovations, such as geostatistics and mining process optimisation, have been initially discussed at or originated from the APCOM conferences. One of the success factors of APCOM is the intensive, high-quality dialogue that it promotes between industry and academia. Thanks to the personal commitments of APCOM’s loyal participants and supporters, the symposia continue to be a thriving success.

APCOM will be of particular interest to planning, research and operations personnel in industry and government and to managers, engineers, and computer research scientists.

MINE PLANNING AND DESIGN 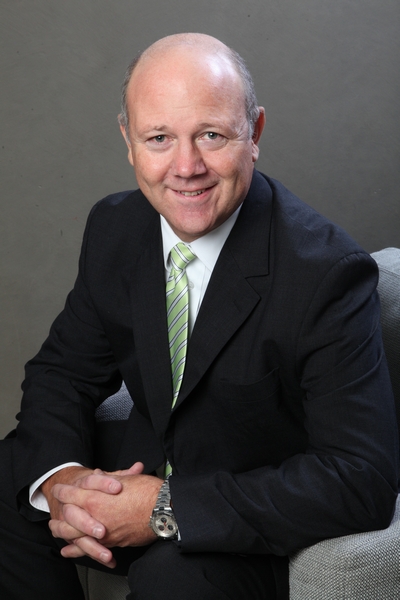 Themba is the CEO of Kumba Iron Ore and a member of the Group Management Committee (GMC) at Anglo American. Prior to joining Kumba, he held the position of CEO of Anglo American’s coal business in South Africa from May 2014 to 1 September 2016. He has extensive experience in the resources industry, including 20 years in his native South Africa, as well as in the USA and Australia.

Themba was a Managing Director of Huntsman Tioxide in South Africa until 2007 when he was appointed COO of Richards Bay Minerals, a joint venture between Rio Tinto and BHP Billiton.
In 2011, Themba was seconded to Rio Tinto’s Australian coal business, before taking up the role of Regional General Manager for the Americas in 2012. 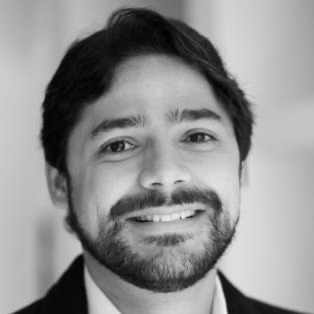 Leonardo has over 17 years of experience. He is one of the co-founders and managing partners of Visagio Consulting. Has developed over 120 projects in management engineering, mainly focused on operations and supply chain management, business process reengineering and organizational design.

Has been working for industries such as Mining, Manufacturing, Oil & Gas, Logistics and Transportation, Retail, Tobacco, Steel, Banking, Chemical, Telecommunications and Services, with experience in projects in Australia, Bolivia, Brazil, Canada, Turkey, United States and New Caledonia. Has extensive experience working in the mining indsutry.

He holds a B.Sc. in Industrial Engineering from UFRJ (Brazil).

The main areas of expertise are: Logistics and Supply Chain Management, Statistical Forecasting, Simulation and Optimization.

He is the co-author of the book ”Optimising the Supply Chain”. He was the lead developer of the ARRISCA Simulation Tool – Spreadsheet Simulation Add-in. Leonardo Machado is fluent in English, Portuguese and, to a lesser extent, Spanish. 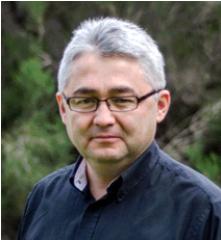 Prof Erkan Topal is a mining engineer with a Master of Science Degree (MSc) in Mineral Economics, MSc and PhD. Degree in Mining Engineering from Colorado School of Mines in U.S.

He has worked in several different countries on different projects and positions including U.S, Canada, Sweden, Turkey, Kazakhstan and Australia. He has recently being seconded to Nazarbayev University, Kazakhstan as a founding dean where he has established a new School named School of Mining and Geosciences. He has also previously served for five years as Head of Mining Engineering Department at the WA School of Mines, Curtin University.

His main research interests are in mine planning and optimization, mineral and energy economics. He has been a principal investigator on numerous research projects. He is a world leading expert in the field of mine planning and optimization. Some of his internationally recognized research includes underground mine scheduling with stope boundary optimization, mine waste dump design with pit optimisation, Application of the Real Options in Engineering Design and Decision Making. Prof Topal’s work on optimum waste dump planning was the winner of the science and engineering prize at the 2015 Curtin Commercial Innovation Awards.

He has recently organized and chaired the “28th International Symposium on Mine Planning and Equipment Selection - MPES 2019” conference in Perth and conference proceedings was published by Springer. He is in the editorial board of five scientific journals in the area of mining including editor-in-chief role for the International Journal of Mining, Reclamation and Environment Journal as well as being in the international advisory board of Journal of the Southern African Institute of Mining and Metalurgy (SAIMM) and has published well over 100 papers in reputed journals and refereed conference proceedings.

Dr. H. Şebnem Düzgün is a Professor and Fred Banfield Distinguished Endowed Chair of the Mining Engineering Department with joint appointment in the department of Computer Science at the Colorado School of Mines. She has an international reputation for a broad range of topics including probabilistic modelling of engineered and natural rock slopes and quantitative risk assessment, analysis and management of risks associated with geotechnical hazards and tailing dam failures, mine environmental monitoring using remote sensing, systems safety, robotics, big data and AI in the mining life cycle, virtual/augmented/mixed reality (VR/AR/MR) and serious gaming for technical training and collaborative decision making, sustainable mining practices. She conducted research at Massachusetts Institute of Technology as NATO Scholar between 1998 and 1999. She was a member of the Norwegian Geotechnical Institute and International Centre for Geohazards between 2004 and 2005. She is the recipient of the Alexander von Humboldt Foundation`s experienced researcher fellowship. During her fellowship between 2015 and 2016, she researched at the Geophysical Institute at Karlsruhe Institute of Technology in Germany. She is on the Editorial Board of various scientific journals, namely Landslides, Journal of Sustainable Mining; Sustainability: Computers and Geosciences; International Journal of Emergency Management; Georisk Journal; Energy Exploration and Exploitation. She is a member of SME, ARMA, ISRM, IEEE, ASCE, ISPRS and USSD. She authored four books and published over 250 papers. She is the principal author of the book entitled Remote Sensing of the Mine Environment. She has recently included in UK`s 100 Global Inspirational Women in Mining 2020 Edition and appointed as 100 Resilience Fellows of 4TU-Federation`s Resilience Engineering Program. She was the founder and former CEO of the software company, Kuzgun Informatics, contributor of the three ceramic art exhibitions, the drummer of a local band, and is the mother of two sons. 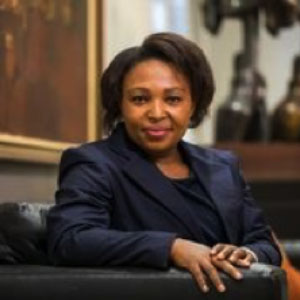 Bongi has had over 15 years’ experience in the mining industry having worked in iron ore and base metal commodities. Her career started after graduating from the University of the Witwatersrand with a BSc (Eng) in Metallurgy and Material Engineering. Bongi holds a Master of Business Administration from GIBS, University of Pretoria and BSc (Eng) Honours (Metallurgical Engineering), University of Pretoria. She also has a Certificate in Advanced Management Programme Certificate, University of Navarra, IESE Business School. She has held various positions in the mining industry, which have given her experience in the processing of minerals, delivering capital projects, technology research, digital road mapping and driving the modernisation across the mining value chain. Bongi also served as a member of the innovation steering committee at the Minerals Council of South Africa, and she is a Council Member for the South African Institute of Mining and Metallurgy (SAIMM). As Manager of Technology at Kumba Iron Ore, she was responsible for leading Kumba’s digital technology strategy and innovation roadmap which has seen the company roll out some significant technologies such as a fully autonomous drilling fleet at Kolomela mine, advanced process control for plant operations, autonomous braking system for haul trucks, and other applications. She has been recognised as a leader in the field of mine modernisation, which led to her being a panellist at several conferences. Bongi was appointed Cluster Executive Manager for Mining at the Council for Scientific and Industrial Research (CSIR) in April 2020. In her current role she continues to provide strategic direction and leadership on the application of 4IR technologies in mining including the development of relevant capabilities to support the revitalisation and growth of the mining industry, in line with the CSIR’s industrialisation strategy.

Prospective authors are invited to submit abstracts of their paper, extended abstracts or presentations, in English, and to indicate the topic under which the paper should be categorised. The abstracts of no more than 500 words should be submitted to:
Head of Conferencing,
Camielah Jardine
Tel: 27 (11) 834-1273/7
Facsimile: 27 (11) 838-5923
Email: camielah@saimm.co.za