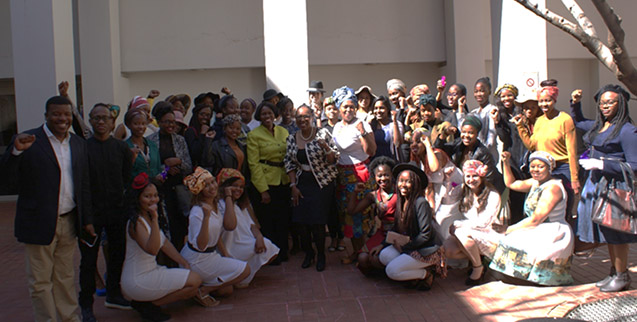 The Tuks Mining Society, in association with the Built Environment Society of Tuks, hosted their very first Women in Leadership workshop at the University of Pretoria’s main campus in honour of Women’s Month. The theme ‘It used to be a man’s world!’ was around challenges faced by women in management in ‘traditional’ male-dominated industries (engineering, the built environment, and IT). The dress code required the ladies to come wearing big hats or head wraps and gloves, which spoke to young women celebrating their femininity wherever they are! The programme started at 9:30 with a brief meet-and-greet among the students and organizers. The speakers included Nondumiso Boya, an operations manager from Eskom, Stella Buthelezi a business owner in the oil, mining, and cosmetics sectors, and Princess Thwala, one of the group executives from African Rainbow Minerals. The speakers’ addresses were followed by an interactive question-and-answer session, which tackled critical non-technical issues faced by women in management positions. The formalities were then concluded by a great networking session and brunch.