A meeting of several leading international mining and metallurgical societies was held in conjunction with the MINExpo International exhibition in Las Vegas, Nevada on 23 September 2012. The meeting was attended by representatives of AusIMM (Australasian Institute of Mining and Metallurgy), CIM (Canadian Institute of Mining, Metallurgy and Petroleum), SAIMM (Southern African Institute of Mining and Metallurgy), and SME (Society for Mining, Metallurgy, and Exploration). This meeting was the second of a series initially hosted on the first November 2011 by IOM3 (Institute of Materials, Minerals and Mining) in London. The aim of the meeting was to foster cooperation between the various organizations, to discuss opportunities for improving and sharing benefits to members, and to benchmark the institutions against each other. Discussions were held about the state of the mining industry in the various countries, as well as the structure and strategies of the societies represented. There was broad agreement that the societies would offer services to each other’s members at member rates. Calendars of events will be circulated between the organizations to minimize clashes. The next meeting in the series is planned for 29 September 2013, to coincide with the World Gold conference in Brisbane. 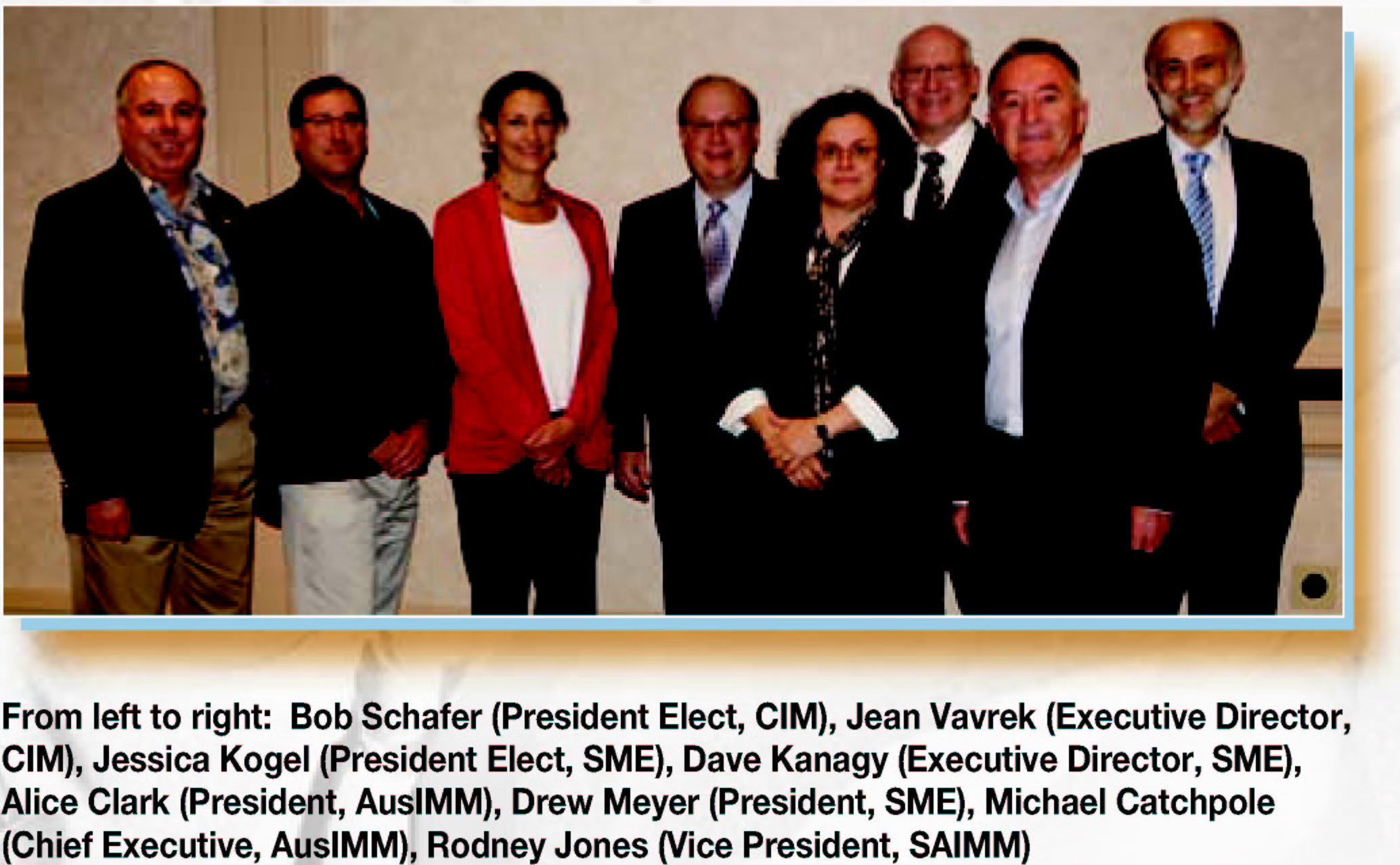