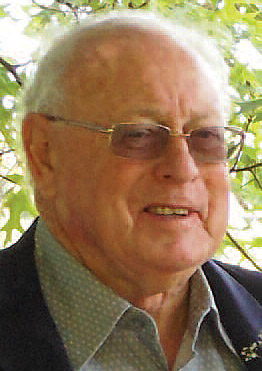 Hannes Hoffman, a past President of the Institute, passed away on 16 August 2016 in hospital in George after a short illness.

Hannes Hoffman was born on 9 of March 1933. He obtained a BSc in iron and steel technology, a BSc (Hons) and MSc in metallurgy, as well as an MBA. After working at Iscor, the University of Pretoria and O’okiep Copper Co., he moved to Southern Cross Steel in 1973 to take up the position of head of Metallurgy, later called the manager of Materials Science. In 1988 he was transferred to New Process Development as manager and in 1995 he became the manager of Research and Development. From 1992 to 1993 he was the President of the South (now Southern) African Institute of Mining and Metallurgy (SAIMM). He retired in 1996.

Lucien Matthews in offering his condolences, said that ‘Columbus Stainless also recognizes and pays tribute to Hannes for the work he did with numerous other players in developing 3CR12. Their sterling and groundbreaking work led to 3CR12 becoming a world-recognized and accepted material of first choice for building rail wagons for transporting coal. Hannes, Columbus Stainless appreciates your contribution over the years and salutes you.’

Dave Smith remembers working closely with Hannes. He says: ‘He was a great mentor for me. I spent many an hour in Hannes’s office discussing stainless steels, particularly the ferritics. He was always approachable and never held back in imparting his knowledge. Hannes was very old-school and was held in high regard by everyone. Process changes would be made on the basis of a short memo from Hannes: he was never questioned and never needed to be. If there was a Mr Stainless Steel South Africa, Hannes was it.’

John Tarboton also remembers Hoffman well. He says: ‘When I first worked in the lab in 1986, Hannes was the go-to person for technical matters on stainless steel in general, but 3CR12 in particular. Hannes would always take the time to discuss the latest theory or to give guidance or suggest what to look out for and what tests to conduct. He was a great mentor for me when I first joined MS&A.’

Rob White confirmed that ‘whilst being technically competent and very driven, he had a very wry sense of humour. I have no doubt that this kept the team together during some of the many exploratory heats where many surprises were encountered. He took what he did seriously but was always sufficiently light-hearted within himself to be open to most approaches.’

Hannes Hoffman was regarded as the Technical Father of 3CR12 and here is his story.

In the early 1970s, a group of men at Southern Cross (SX) set their minds to finding a solution to the cost/efficiency conundrum of the steel industry. They knew what they were looking for: a utility, corrosion-resisting steel to replace mild steel at a fraction of the cost of stainless steel. However, they didn’t quite know how to get it. Hannes Hoffman was the project leader tasked with finding the solution. The team consisted of Ken Dewar and Dr Rainer Dietrich. The starting point was 409 stainless steel. Hannes introduced the Kaltenhauser equation to calculate the ferrite factor (FF), a means to predict the microstructure. Initially he aimed for a FF to make the steel fully ferritic. A trial plant heat of 409T78 (T78 for temporary specification 78), was made without ‘washing’ the vessel after an austenitic heat, resulting in a higher-than-planned nickel content. The heat was processed and when samples came to the laboratory for ‘hammer testing’, a test designed to measure toughness, the steel was discovered to be extremely tough and ductile in thick gauges. Dr Rainer Dietrich came into Hannes’ office one morning with a strip of steel that he had gripped with a vice and given a few twists, to prove the ductility. They had discovered that the higher amount of nickel moved the steel from the fully ferritic into a dual-phase realm. The team immediately introduced a nickel target content of 0.6% to move the composition into the dual phase (ferrite and austenite at high temperatures to produce ferrite and martensite on cooling). Ken Dewar had correctly identified that the resulting microstructure was ferritic-martensitic. The martensite in 3CR12 was tough and its presence prevented the normal embrittlement problems seen in conventional ferritic stainless steels. After further tweaking and toning, as well as taking the meltshop’s capabilities into account, 3CR12 had arrived.

A tribute from the SAIMM and Mintek

Hannes Hoffman’s Presidential address and paper published in the SAIMM Journal in August/September 1992 entitled ‘Oxygen-coal in-bath smelting reduction - a future process for the production of iron and stainless steel?’

(http://www.saimm.co.za/Journal/v092n08p253.pdf) reflects his outstanding ability to contribute to both the pyrometallurgical and physical metallurgy/ material science and engineering fields, while paying careful attention to environmental aspects of processes. This ability relates directly to his work initially at ISCOR and subsequently at Middelburg Steel and Alloys (MS&A), which produced both ferrochrome alloys and stainless steel. The former activity is now part of Samancor Chrome and the latter of Columbus Stainless, where Hannes continued his illustrious career. His interest in direct stainless steelmaking technologies and the properties of ferrochrome and stainless steels led to the very valuable interactions that Hannes and his colleagues had with universities such as Pretoria and Wits, as well as research councils such as the CSIR and Mintek, over many years. The contribution that Hannes made to the steel industry has endured long after his retirement and will no doubt continue well into the future.