Focus on the Student Edition 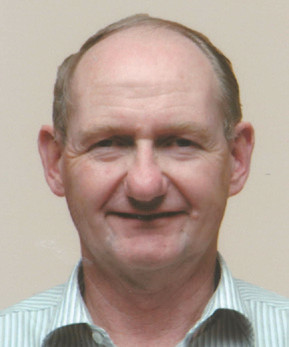 Those words written 161 years ago resonate across nations as we struggle against the COVID-19 pandemic and a ravaged world economy. Gold and palladium at record levels – coal and zinc bottoming. Lives or livelihoods – I would not like to be the decision-maker having to choose between these options in South Africa with 14 mineworkers having died from COVID-19, and with nearly 3000 cases within the sector having been recorded at the time of writing. It is apparent that the balance, even in the world’s wealthiest countries, has tipped in favour of livelihoods over lives.

My heart says that this decision is insensitive to the pain of families who have lost a cherished parent or grandparent, or have to confront the anguish of entering the workplace and worrying about the risk of infection, but my brain says the alternative is no better. Without going back to work and earning money to buy food, many will face the spectre of malnutrition affecting the youngest and weakest within their families. A similar dilemma is facing us regarding the reopening of schools and universities. Opening will spread the virus, but remaining closed will produce a generation of deprived students who will struggle to catch up – probably for the rest of their lives. Hoping that home schooling or online learning are viable alternatives ignores the fact that these options are really open only to families with well-educated parents and/or with the financial means to purchase electricity, computers, and bandwidth, and will inevitably perpetuate and grow existing inequalities in our society.

This copy of the Journal is the Student Edition, containing the research output of students completing their final year of their chosen engineering course at local universities in both mining and metallurgical disciplines. Of the seven papers, three are on mining topics, and four on metallurgical topics, and there is no common theme among the papers. As members of the SAIMM, we can take some pleasure in reading the student papers in this copy of the Journal and feeling that the human resource capability required to sustain the mining industry is already in the making. I therefore encourage you to read the papers, or at least the abstracts, to get some feel for the research currently being undertaken at our universities. The research, though published in this copy of the Journal, was completed last year. Given the pandemic and its impact on the student body, I can only hope that we have sufficient papers this time next year to continue the tradition of issuing a Student Edition!

Five of the papers originate from the universities of Johannesburg, Pretoria, and the Witwatersrand, one from North West, and one from Stellenbosch. I don’t place any significance on this finding, as the distribution tends to vary significantly from year to year, depending upon the student body in that year and the selections made on where to publish their papers. I mention this only because I studied at the University of Natal, Durban (now the University of KZN), and I was hoping to see a paper from my alma mater. In my student years, the late 1960s and early 1970s, the departments of Chemistry and Chemical Engineering were positioned side-by-side, and were the last buildings on the south side of the campus before descending to Logan’s bookshop.

The Department of Chemistry, where I studied and graduated with my PhD, has since relocated to the Westville campus. The first-year chemistry course, and a small part of the second-year course, was shared by both departments, so I had many friends in engineering. Most left after 4 years, but I continued my loose association with engineering as I became a laboratory demonstrator for the first- and second-year engineering students in the chemical laboratories. I have since met many of those students who remembered the generally disliked three-hour laboratory afternoons, and recalled that I was intimidating as I stalked the benches looking over their shoulders at their mostly inept attempts to master practical chemistry. Really, me? – Never, you must be confusing me with someone else!!

The Department of Chemical Engineering was dominated at that time by two giants of South African academia and metallurgy: Professor Peter King and Professor Ted Woodburn. I knew of them by reputation only at that time, but I had the pleasure of meeting them later on many occasions in ‘real life’. I would like to quote an extract written by Professor Mike Moys of Wits (but a postgraduate student at Durban around that time): ‘They supported and competed intensely. Allow me to reminisce briefly about Ted. Ted would arrive in the morning in his Mini Minor. Those of you who knew Ted – a very large man – can imagine Ted extricating himself from the Mini! Ted’s other idiosyncrasy was his habit of management by walking around chewing his tie. Ted also had a remarkable laugh which defies description and echoed through the building every now and then. Peter kept his cool!’

Memories linger, and some seem to become more vivid with the passage of time. As Dickens wrote: ‘It was the best of times ...’, or that was what I recall from my student days. Does anyone else remember those days in Durban, or am I alone with these memories? Is it not human nature that our youth was always the best of times? But will this still apply to today’s students growing up in the midst of the COVID-19 pandemic? Perhaps to them, in years from now, looking back, ‘it was the worst of times’. I hope not!