Women in the mining and minerals industry 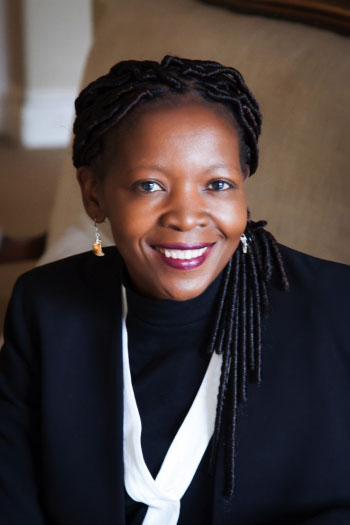 Summer is finally here and Christmas is around the corner. I do hope that you are all enjoying the warm weather that is prevalent in Southern Africa at this time of the year and, at the same time, have started shopping for those elusive but perfect Christmas gifts for friends and families. Since taking over the reins as the President of the SAIMM, I have been invited to a number of events and meetings in the past few months. I have interacted with a lot of professionals and held discussions on a number of diverse and relevant (and even sometimes irrelevant) topics pertinent to the mining and minerals industry. The controversial new Mining Charter, low metal prices, ECSA, state capture, the ANC leadership race, water restrictions in the Western Cape, and of course the weather, have all been fodder for conversations at various events. However, one topic that never fails to come up, and for obvious reasons, is women in the mining and minerals industry. As such, it would be remiss of me not to take the opportunity to celebrate the valuable contribution that women make in the mining and minerals sector. Similarly, it would be imprudent to overlook the challenges that women continuously face as they contribute to the country’s economy. For the above reasons, I would like to focus on this relevant and important subject this month.

In the past, the majority of the workforce at the forefront of the operational aspects of the mining and minerals industry was male. Females were mostly confined to administrative roles. Before 1990, mining companies were legally prohibited from employing women for underground mining activities. However, change has occurred over the years; women now play a prominent role in all aspects of mining activities, from entry to board level and at both administrative and operations levels. This is largely attributed to women’s ability to organize and solve tough problems. In addition, women also usually possess a multi-skills set that brings in strength and diversity to a company’s operations. They contribute a much-needed fresh perspective to an industry that is in significant need of innovative solutions to ever-growing challenges. Notably, research has shown that companies that have more women at board and senior management levels tend to perform much better than those without. Gender diversity is, therefore, good for the sector. However, even with the significant contributions that gender diversity brings to a company’s operations, women still face a lot of challenges in the mining and minerals industry. This well-established industry has been male-dominated for a long time, and furthermore, with Africa being predominantly a patriarchal society, many employees have well-defined views on the nature and environment of the workforce as well as the role of women in it. Issues such as paternalism, ethnic traditions, different standards for judging men and women, work-life balance, different styles of communication, sexual harassment, and different needs in terms of health and hygiene as well as PPE-related issues, can create an uncomfortable working environment for women. In addition, generally the male is still considered as the breadwinner of the family, which can lead to training, skills development, and promotion opportunities being preferentially offered to males rather than females. Such attitudes and prejudices can have a severe impact and bearing on the women’s mental wellbeing, productivity, and performance. Ultimately, this can affect women’s retention and progression in the mining and minerals sector. As a result, the overall effect of such challenges has understandably resulted in most women changing their career paths.

Both the mining companies and women themselves have a significant role to play in overcoming some of the challenges found in the industry. Firstly, women need to shift their mind-set from ‘victim’ to empowerment. Women also need to understand the company culture and the environment in which they work. It is only through having an understanding of their working environment that they can become agents to effect change. They can be able to propose a culture, structures, and policies as well as cultivate an environment that can empower and accommodate them. A supportive network through involvement in professional voluntary organizations and participation in professional panels is also vital. Women also need to find strong and capable mentors that can guide and nurture them at different stages of their career. Importantly, women should also serve as mentors to the next generation of women that enter the industry.

Companies, on the other hand, must be committed to gender equality and diversity management and to providing a safe and supportive environment. Although subtle aspects of male-oriented culture that are hostile to women can be extremely hard to manage because they are deeply ingrained and because their impact is sometimes difficult to demonstrate, management attitude is vital to effecting changes in the sector. This attitude or outlook can be passed down to the rest of the workforce. Notably, in some instances there is a gap in perception of the existence of these problems. Management must, therefore, recognize that barriers exists and foster a work culture that promotes the success of both genders.

The SAIMM had its first female member in 1977. Currently the Institute has about 18.4% female membership and is on a drive not only to grow the female membership, but to also engage with this group on pertinent issues that affect them at the professional level. The Institute also needs to engage the mining sector leadership in promoting an environment that fosters the retention and growth of women in the mining sector. I am happy to see changes coming through our Institute in this regard. I challenge all of us as members of SAIMM to play our part, wherever we are, in helping to change the attitude of the industry towards its female workforce.