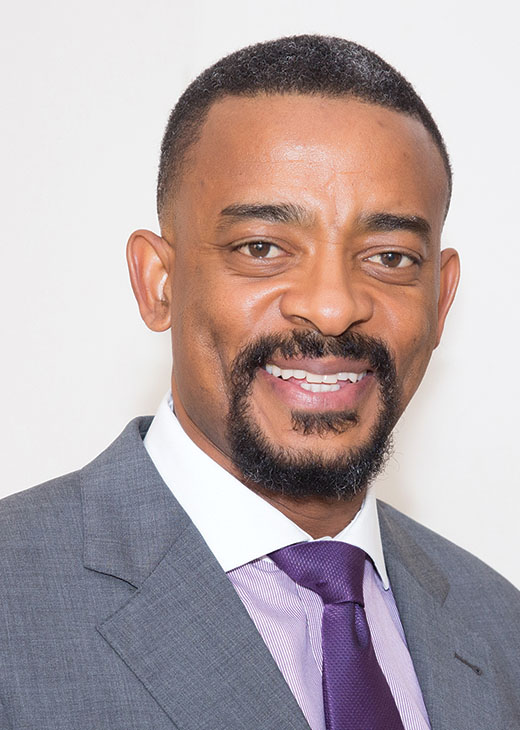 I have a positive outlook on 2020, also referred to as 20Plenty. And so let me wish all SAIMM members and readers in this corner a blessed, safe, and prosperous New Year; may you find plenty of joy and happiness in your relationships and all that you do.

It’s a fortunate position that I find myself in – writing the first of the year’s President’s Corner article at the beginning of the second decade of the century, 2020. There is a hopeful tone in the pronunciation of the year which bodes well for our country. We were delighted to see the back of 2019 as Christmas approached – it was a ‘hard’ year that demanded the most from us. My hopes for 2020 are, among others, that it will be a year of living ‘smart’, enabling us to achieve a better balance of all the plenty that lies in store. It will be no surprise, then, that technology will play a greater role in my life to enable this great ambition, both for work (inevitably) and private life, with expected outcomes of more time to myself and strengthening relationships.

I’m also excited about 2020 due to the prospect of the 8th International Platinum Conference. The conference has been held every two years since inception of the series in 2004; however, owing to unforeseen constraints, the last conference was held in 2017 in Polokwane under the theme of ‘Platinum: A Changing Industry’ and was a success. So it will be three years since the last Platinum Conference and much has happened in that time in this precious sector – surely it’s time for an update!

I was intrigued by the themes of past conferences, as listed:

A closer scrutiny of the themes left me with an impression of an industry that is forward-looking and anticipating the future, responsive to its operating environment in both commercial and social terms, and conscientious in terms of its positive impact on society. There’s no doubt that in the past decade, since the aftermath of the Global Financial Crisis and the event of the 2012 PGM industry strike, the sustainability of the industry (in South Africa) has been in question – but it has prevailed and the fortunes of the industry have turned for the better since 2019. This has been attributable not only to a weak exchange rate against the US dollar, but also strengthening prices for the by-products gold, palladium, and rhodium and continued management of costs. Further, the role of the 3PGM metals (platinum, palladium, and rhodium) in improving our environment through reducing emissions from automobile exhausts has been strengthened as societies have become more assertive on the issue of climate change. Climate change risks are numerous and indiscriminate in who will be affected – we will all be affected to varying degrees.

So, platinum and its cousin elements remain important commodities in South Africa’s and the world’s socio-economic and environmental contexts. It will be nice to get an update on progress in this regard.

In relation to the Institute, we remain challenged by our financial performance, attributable largely to declining revenues from membership fees and unsatisfactory performance of our conferencing offering. We need a fundamental review of our strategy and tactical plans to arrest the decline in performance and emerge from the trough we are in. Discussions in this regard began in the latter half of 2019 and action plans are being implemented to enable us to harvest some low-hanging fruit in terms of cost reduction.

However, revenue growth is what we require for a more sustainable development of the Institute, hence the focus on responding to membership needs and expectations and developing insightful and relevant educational and technical content for our conference offering. We are also investigating the opportunity of hosting brief webinars (not longer than an hour), with relevant and focused topics for discussion and exchange of ideas.

I’m confident of our endeavours to reinforce the SAIMM as an enduring organization, continuing from the past 125 years. The Institute remains relevant to the African and global mining and minerals sectors, and we will leverage our regional and international networks and relationships for mutual success.

Wishing you the best of outcomes for 2020 and hoping to see you at our events.