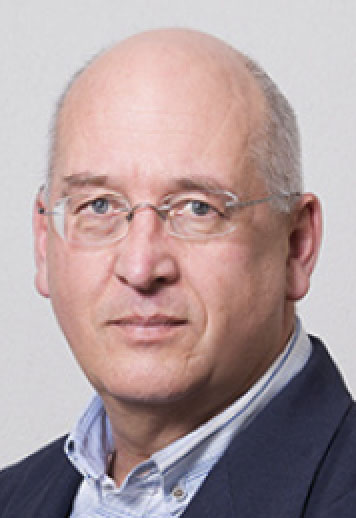 ‘All truths are easy to understand once they are discovered;
the point is to discover them.’
– Galileo Galilei

With the approaching SAIMM event focusing on rare earth elements (REEs) in October 2021, I have decided to utilize my final address to discuss REEs, which in my opinion remain a potential game-changer in the Southern African mining and industrial landscape.

The purpose of the SAIMM’s Rare Earths International Conference is to provide more information on all aspects of REEs including mining, extraction, and industrial applications. Before we can delve into the complexities of REEs, we must first understand what they are.

The first element to be considered an REE was in a rock excavated in Sweden in 1788. The element, yttrium, was considered ‘rare’ as it had never been discovered before and at the time the geological term ’earth’ defined minerals that were acid-soluble.

There are 17 REEs, all of which are metals and are often found together due to their similar properties. Fifteen of these elements are found in the range in atomic numbers from 57 [lanthanum (La)] to 71 [lutetium (Lu)], commonly referred to as the lanthanides. In addition, yttrium (Y, atomic number 39) and scandium (Sc, atomic number 21) are also commonly regarded as REEs because they share chemical and physical similarities and affinities with the lanthanides. The following periodic table illustrates where the REEs can be found. 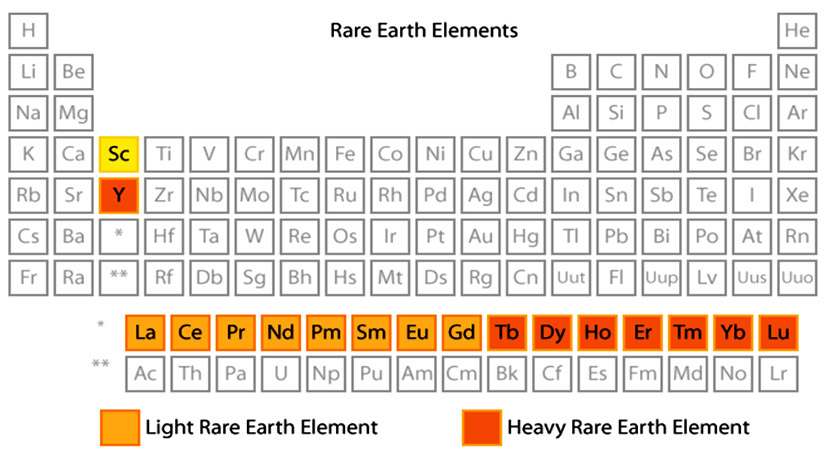 The global extraction of REEs has increased significantly since the early 1960s to the extent that they are no longer technically ‘rare’. This increase in production has been driven by an increased demand for REEs, brought about by corresponding technological advances as well as new environmental engineering applications. REEs are widely used in rechargeable batteries, including those in mobile phones, and are thus a critical part of our daily lives. This rechargeable property is also used in the current fleet of electrical and hybrid vehicles. As such, they provide us with a vital tool to combat greenhouse gas emissions from diesel and petrol engines. With further technological and eco-sustainability advances, the demand for REEs is bound to increase in the future.

REE production is currently dominated by China. In 2020, China produced around 140 000 metric tons of REEs; the USA following far behind at 38 000 metric tons. China is also the largest consumer of these metals, which are used in the manufacturing of electronic products for local and international markets.

Although REEs are not ’rare’ in terms of their average crustal abundance, concentrated deposits of REEs are limited in number. Southern Africa is fortunate to have a globally significant REE Mineral Resource inventory, including the Steenkampskraal Mine, located in Western Province, which contains one of the world’s highest grade REE Mineral Reserves.
Considering the combination of quality REE mineral resource assets and our long-established industrial sector, the potential for developing REE-focused industrial sectors in Southern Africa appears to be promising.

I therefore encourage all our readers and members to participate in the SAIMM’s up-and-coming REE conference. Get informed and involved in REEs. They will continue to touch our daily lives and change the world around us.